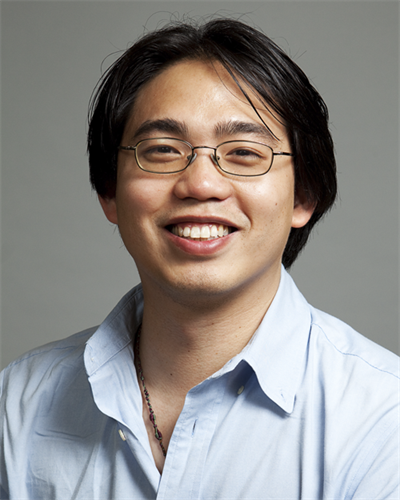 Remco Chang is an Associate Professor in the Computer Science Department at Tufts University. He received his BA from Johns Hopkins University in 1997 in Computer Science and Economics, MSc from Brown University in 2000, and PhD in Computer Science from UNC Charlotte in 2009. Prior to his PhD, he worked for Boeing developing real-time flight tracking and visualization software, followed by a position at UNC Charlotte as a research scientist. His current research interests include visual analytics, information visualization, HCI, and databases. His research has been funded by the NSF, DARPA, the Walmart Foundation, Army, Navy, DHS, MIT Lincoln Lab, and Draper. He has had best paper, best poster, and honorable mention awards at InfoVis, VAST, CHI, and VDA. He is currently an associate editor for the ACM TiiS, and he is the papers chair for the IEEE Visual Analytics conference (VAST) in 2018 and 2019. He received the NSF CAREER Award in 2015. He has supervised 3 PhD students, co-supervised 5 PhD students, and mentored 3 postdoctoral researchers, some of whom became professors in Computer Science at Smith College, DePaul University, Washington University in Saint Louis, University of Maryland, the University of San Francisco, Bucknell University, San Francisco State University, and the University of Utrecht (Netherlands).
Read More Career Highlights / Publications Research Professional Activities Courses / Teaching Activities