The role of the External Advisory Board (EAB) is to provide input and guidance to the Department of Computer Science to achieve our mission of providing top-quality educational experiences for our students, advancing the state of knowledge through cutting-edge research, and finding solutions to important societal challenges.

The board consists of professionals from academia and industry. Based on nominations provided by CS faculty and EAB members, the Department Chair appoints members to serve three-year renewable terms. The board meets twice per year. The Department extends thanks to past members of the board for their service. 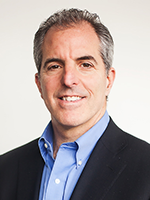 Board Chair: Mark Lieberman
Mark Lieberman is a media and tech executive. Most recently, he was President/CEO of Viamedia, the country's largest independent TV advertising management solutions company. Previously, he was the Co-Founder, Chairman and CEO of TRA, the first big data company in the TV advertising industry. He is the inventor on a number of patents and received his BS in Mechanical Engineering from Tufts University. 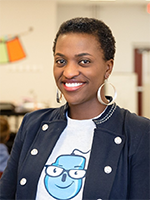 Ruth Agbaji, CEO and Franchise Founder, Code Wiz
Ruth Agbaji founded Code Wiz, an after-school program for kids ages 7-17 whose mission is to help kids of all abilities unlock their inner genius through coding and robotics. Code Wiz is based in the Greater Boston Area and is expanding its reach internationally through the franchising business model. In 2020, Agbaji was the recipient of the prestigious SBA Woman-Owned Business of the Year Award for Massachusetts. Prior to starting her own business, Agbaji was a Software Engineer at Microsoft and Kronos. Ruth holds a BEng in Electrical Engineering from Ahmadu Bello University, Nigeria, and an MS degree in Computer Science from Tufts University. 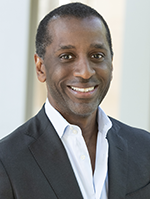 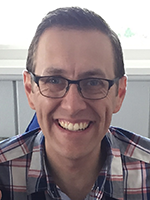 Jeff D'Amelia, Co-Department Head and Senior Principal Engineer, The MITRE Corporation
Jeffrey D’Amelia is a Co-Department Head and Senior Principal Engineer at The MITRE Corporation, where he leads a department of 55 engineers specializing in advanced networking technologies and security. His responsibilities include strategy development, workforce shaping, external outreach and oversight of multiple customer work programs. He earned both his BS and MS degrees in Computer Science from Tufts University. 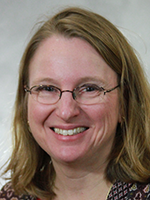 Kathi Fisler, Professor (Research) and Associate Director of Undergraduate Studies, Brown University
Kathi Fisler is a Professor (Research) at Brown University and a co-director of Bootstrap, a national-scale K-12 outreach program that integrates introductory CS into math, physics, and social science classes. Currently, she studies how students and K-12 teachers learn formal aspects of programming, such as semantics, testing, and modeling. 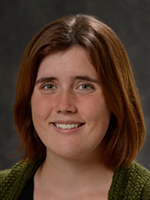 Ariel Hamlin, Associate Staff in Secure Resilient Systems and Technology Group, MIT Lincoln Lab
Ariel Hamlin is an Associate Staff in the Secure Resilient Systems and Technology Group at MIT Lincoln Lab. There she focuses on securing and using data in an outsourced data setting against an untrusted server in support of government programs. She received her BS in Computer Science and Civil Engineering from Tufts in 2013, and her PhD from Northeastern University in 2021. 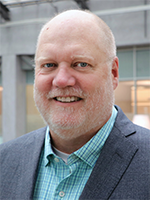 Gregory Hinkle, VP of Research Informatics, Alnylam Pharmaceuticals
Dr. Gregory Hinkle established research informatics at Alnylam in 2007 and is responsible for all aspects of in-silico design of RNAi therapeutics as well as the compute infrastructure to support large-scale human genetics. Prior to joining Alnylam, he established the bioinformatics group within the RNAi platform at the Broad Institute and worked in the bioinformatics groups of Millennium Pharmaceuticals and Cereon Genomics. 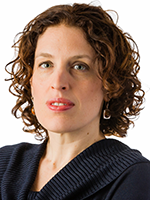 Elena Jakubiak, Principal Software Engineer, iRobot
Elena Jakubiak received an MA in Mathematics from the University of Wisconsin, Madison, and a PhD in Computer Science from Tufts University. During her PhD, and for several years after, she worked at the Mitsubishi Electric Research Laboratory (MERL) on rendering technologies. Following MERL, she joined the Microsoft Azure Machine Learning team. Currently, she works at iRobot on applications of Deep Learning in Robotics. 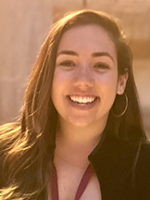 Caroline Kaufman, Software Engineer, Datadog
Caroline Kaufman received an BS in Computer Science from Tufts University in 2020, with a second degree in French. While at Tufts, she was involved in the CS community as a teaching fellow for CS 11 and CS 15, as a JumboCode project manager, and as coordinator of Code for Good and Tufts Girls of Code. 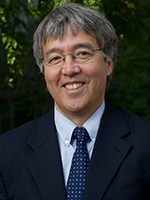 Jim Kurose, Distinguished University Professor of Computer Science, University of Massachusetts
Jim Kurose is a Distinguished University Professor of Computer Science at the University of Massachusetts.  He has held visiting scientist positions at IBM Research, Technicolor, INRIA and the Sorbonne University. From 2015 to 2019, Jim served as the Assistant Director leading NSF’s Directorate of Computer and Information Science and Engineering, and in 2018 served as an Assistant Director in the White House Office of Science and Technology Policy.  He has received a number of research, teaching and service awards; he is a Fellow of the ACM and IEEE and a member of the NAE. 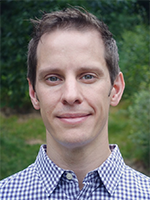 Bill Langenberg, VP of Engineering, HaulHub
Bill Langenberg is the VP of Engineering for HaulHub, a Boston-based startup providing a software platform that powers material hauling for the construction industry. A former engineering leader at TripAdvisor, Bill managed several teams spanning new products, advertising, account security, membership, and community-driven features. Prior to TripAdvisor, he worked at other startups and small companies in the Boston area. Bill has given several tech talks at Tufts to provide real-life experience to CS students, and he led engineering recruiting at Tufts while at TripAdvisor. He graduated with a BS in Computer Science from Tufts. 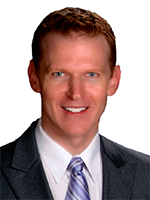 Jim Lawton, VP and General Manager, Robotics Automation Business Unit, Zebra Technologies
Experienced in both start-up and F500 companies, Jim Lawton’s career has focused on transforming operations with solutions that capitalize on the intersection of technology and business performance. Today at Zebra Technologies, he's focused on helping customers harness intelligent automation and advanced robotics to drive greater efficiency, higher productivity, and lower costs. Jim holds a BS in Electrical Engineering from Tufts University, an MS in Electrical Engineering and Computer Science from the Massachusetts Institute of Technology, and an MBA from MIT’s Sloan School of Management. 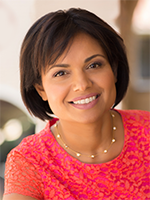 Sunita Sayana Lokuge, Owner, Sayana Coaching, and CEO, SmartlyU Inc.
Sunita Sayana Lokuge is the owner of Sayana Coaching, where she coaches executives, individuals, and small business owners to transform their career and life. She is also the CEO of SmartlyU, a social emotional learning platform for children in grades K-8. SmartlyU is based in the San Francisco Bay Area and reaches schools nationally. Sunita holds a BS in Engineering from PDA College of Engineering, India, and an MS degree in Computer Science from Tufts University. 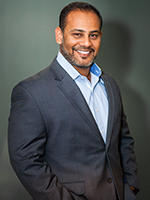 Manu Mathew, President, Ad-lib.io Americas
Manu is the President of Ad-lib.io Americas. Ad-lib.io is a next generation CMP focused on enabling brands to produce and optimize omni-channel creative. He was the co-founder and CEO of Visual IQ, where he envisioned solutions for cross-channel marketing attribution for the largest global advertisers. He grew Visual IQ to 250 clients and 325 employees globally. In 2017, the company was acquired by Nielsen. He was part of the operating team at Vizium, a database marketing company acquired by Carat. In his free time, he serves as an advisor to several SaaS oriented startups, loves cooking and hanging out with his family! 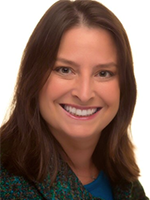 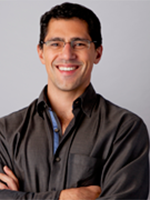 Art Papas, Founder and CEO, Bullhorn
As Bullhorn’s Founder and CEO, Art Papas was the original architect of Bullhorn’s flagship Customer Relationship Management (CRM) system, which now helps more than 7,000 companies around the world run their businesses. He is the Chairman of the Board at Career Collaborative, which teaches unemployed and under-employed adults how to build careers. He is a graduate of Tufts University, holding a BS degree in Mathematics. 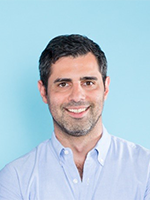 Ilia Papas, Founder, Blue Apron
Ilia Papas co-founded Blue Apron and as CTO, over seven years built a 200-person engineering, product, design, IT, analytics, and data science organization producing custom e-commerce and supply chain software. He also briefly oversaw HR and Operations. Previously, Papas was a director and technical architect at Optaros in Boston, where he led Walmart.com to launch a new platform for their Health category. He also helped architect, build, and launch RueLaLa.com, a popular private-event retail site, and has built platforms for CNN, PUMA, Turner Broadcasting, and Macy's. He holds a BA degree in Computer Science from Tufts University. 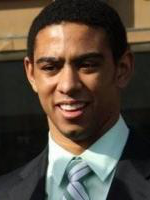 Taylor H. Perkins, Senior Software Engineer, Braintree a PayPal Service
Taylor H. Perkins works at Braintree, where he works on integration of Venmo and other emerging payments products. Before PayPal, he led the payments and fulfillment team at Gametime.co, a leader in the event ticketing industry. He also co-founded Taggstr and worked at other small startups in the Boston area prior to moving to San Francisco. Taylor received a BS in Electrical Engineering from Tufts University. 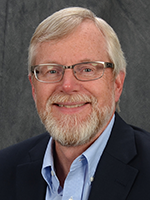 Thomas Ryden, Executive Director, MassRobotics
Thomas Ryden is the Executive Director of MassRobotics, a non-profit organization whose mission is to support the robotics community and help grow the next generation of robotics and connected device companies. He is the co-chairman of the robotics cluster of the Massachusetts Technology Leadership Council. He has a BS in Electrical Engineering from the University of Vermont and an MBA from Bentley University. 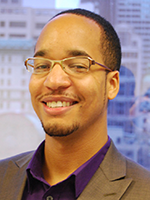 Ajahne Santa Anna, Vice President of Technology & Engineering, TrueChoice Solutions
Ajahne Santa Anna has previously held positions in software development and design at a number of technology companies and interactive agencies, including AKQA and Renegade Marketing. His experience includes web and mobile application development for Comcast, Panasonic, the City of New York, as well as many other Fortune 500 clients and leading brands. He received his BS and MS in Computer Science from Tufts University. 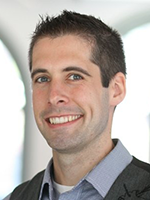 Patrick Schmid, CTO, ACT.md
After being introduced to computational biology at Tufts, Patrick Schmid completed his MS and PhD in the Computer Science department at MIT and then completed a postdoctoral fellowship at Harvard Medical School. He leads the ACT.md engineering team in his role as CTO of the company. He received a BS in Computer Science from Tufts University. 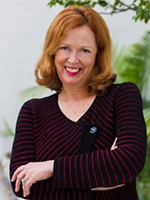 Julie Schoenfeld, Entrepreneur in Residence, Caltech
Julie Schoenfeld is currently an Entrepreneur in Residence at Caltech. She is a serial entrepreneur who co-created and led four venture-backed companies, two in software and two in hardware. Her most recent company, Strobe Inc, developed LiDAR sensors for the self-driving car and was acquired by General Motors Cruise Automation. Julie holds a BSME from Tufts University and an MBA from Harvard Business School. 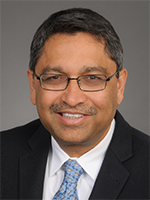 Mihir Shah, Enterprise Head of Data Strategy & Architecture, Fidelity Investments
Mihir Shah's current focus is on building a next generation data-as-a-service-platform to enable digital transformation across Fidelity's multiple businesses. Prior to this, he was Head of Enterprise Architecture for Fidelity and the Chief Technology Officer for Fidelity's Asset Management business. He received his bachelor of engineering degree from Karnataka University and his MBA in marketing and finance from Bombay University. 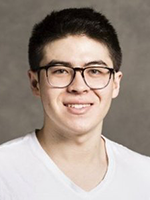 Yuki Zaninovich, Software Development Engineer, Amazon
Yuki Zaninovich works as a software development engineer at Amazon in Seattle as a member of the Alexa Engine organization. His passions lie in the field of machine learning. He was involved in the Tufts CS community as an Algorithms TA, JumboCode President, ExCollege Peer Teacher, and Halligan Napper. He received his BS in Computer Science from Tufts University in 2018.