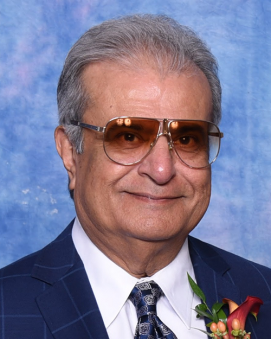 Dr. Asad M. Madni served as President, Chief Operating Officer & CTO of BEI Technologies Inc. headquartered in California, from 1992 until the completion of its $600 million acquisition by Schneider Electric in 2006. He led the development and commercialization of intelligent micro-sensors and systems for aerospace, military, commercial and transportation industries, including the Extremely Slow Motion Servo Control System for Hubble Space Telescope’s Star Selector System which provided the Hubble with unprecedented accuracy and stability, resulting in truly remarkable images that have enhanced our understanding of the universe; and the revolutionary MEMS GyroChip® technology which is used worldwide for Electronic Stability Control and Rollover Protection in passenger vehicles, thereby saving millions of lives every year.

Prior to joining BEI, he was with Systron Donner Corporation for 18 years in senior technical & executive positions, eventually as Chairman, President & CEO. Here, he made seminal and pioneering contributions in the development of RF & Microwave Systems & Instrumentation which significantly enhanced the Combat Readiness of the US Navy (and its allies) and which provided the DOD the ability (not possible with prior art) to simulate more threat representative ECM environments for current and future advanced warfare training. Dr. Madni is currently an Independent Consultant, Distinguished Adjunct Professor and Distinguished Scientist in the Electrical & Computer Engineering Department at UCLA, Faculty Fellow in the UCLA Institute of Transportation Studies and Connected Autonomous Electric Vehicle Consortium, and Executive Managing Director & Chief Technical Officer of Crocker Capital, a private venture firm specializing in emerging technologies.

He received an A.A.S. from RCA Institutes Inc., B.S. & M.S. from University of California Los Angeles (UCLA), Ph.D. from California Coast University (CCU), S.E. from MIT Sloan School of Management, D.Sc. (h.c.) from Ryerson University, D.Eng. (h.c.) degrees from Technical University of Crete and Tufts University, Sc.D. (h.c.) from California State University and California State University Northridge (CSUN), and Ph.D. degrees (h.c.) from Universiti Kebangsaan Malaysia and National Chiao Tung University, Taiwan. He is also a graduate of the Engineering Management Program at the California Institute of Technology, the Executive Institute and Director's College at Stanford University, and the Program on Negotiation for Senior Executives and Promoting Innovation and Organizational Change at Harvard University. Dr. Madni is an internationally recognized authority with over 40 years of experience in the development and commercialization of "intelligent" sensors, systems and instrumentation. He is credited with over 200 refereed publications in archival journals, conference proceedings and book chapters; over 100 research reports & internal publications; over 100 keynote addresses, invited lectures, chairs and panels; and 69 issued or pending patents resulting in numerous "industry firsts".

Dr. Madni has served as a director on the board of 7 highly successful technology companies and on advisory boards of several professional and academic organizations. He was appointed Distinguished College Professor at TCI College of Technology (the first and only such appointment in the history of the Institute since its founding in 1909 by Nobel Laureate Guglielmo Marconi until its divestiture in 2017), Adjunct Professor in the Computer Science Department at Ryerson University; and on advisory boards at UCLA, USC, CSUN, UTSA, TCI, NCTU, IEEE Systems Journal, AutoSoft Journal, and as Honorary Editor of the International Journal on Smart Sensing & Intelligent Systems. In 2021 he was appointed a Founding Member of the Leadership Board of the Terasaki Institute of Biomedical Innovation.

Dr. Madni is not just a prominent and world-wide recognized innovator. He is a committed mentor to young professionals and a respected philanthropist. He has been a champion of diversity and inclusion (D&I) for underrepresented groups of individuals and equality for everyone for over 5 decades. His dedication to D&I is a synergistic part of his character that has always been fundamental in everything he does. He has shown us that recognizing and valuing the diversity and contributions of all voices is truly the only way to inspire innovation and make positive social impact. He has funded millions of dollars to academic institutions & professional societies. In 2001/2004, he sponsored the “MIT on the Road” Program in California. In 2008, he established an “Endowed Scholarship in Electrical Engineering at UCLA”. In 2011, he generously gave $100,000 for 2 matching gift challenges to encourage giving by NAE members. It was his intention to “assure the independence of our voice on national policy and to initiate projects vital to our nation's future." The challenges generated $452,000 for the NAE. In 2013, he established an “Endowed Scholarship in Electrical & Computer Engineering at CSUN”. During the 1990s economic downturn in aerospace & defense, he spearheaded, designed and financed the highly successful Certificate Program in Sensors and Control Technology for CSUN, which helped retrain hundreds of displaced engineers to obtain new positions in industrial and commercial industries. In 2014, he established "Madni Best Student Paper Awards at the World Automation Congress”. In 2017, he provided a legacy gift to NAE’s Heritage Society in order to uphold the mission of the NAE. In 2019, he established the IEEE-HKN “Madni Family Fund” which provides IEEE-HKN with the financial resources it urgently needs to drive new levels of recognition & programming. In 2020, together with NAE Member Ming Hsieh, he provided a sponsorship of $100,000 for the production of the 50th Anniversary Commemorative Issue of NAE’s Quarterly Journal, The Bridge.