The School of Engineering's Commitments to Diversity, Equity, and Inclusion in STEM

The current culture in many STEM fields, whether in academia or in the profession, has not been welcoming and supportive to underrepresented minorities. As a result, many elect not to enter STEM fields and many that do enter, leave after a short stint, either during pursuit of their formal education or early in their professional life. Finally, those who stay in STEM often have to endure systemic bias, injustice and discrimination during their career. All of this is wrong and must change. Engineering can and should serve as an engine for good not only for technological advancements but also for building a more just, equitable, inclusive and diverse culture that impacts the world beyond its disciplinary boundaries. The School of Engineering at Tufts (SOE) is fully committed to do its part to contribute to this transformative societal change.

“Diversity and inclusion are embraced to empower all students, faculty, and staff to succeed in their academic and professional endeavors” is one of the three pillars of the vision statement in the SOE’s Strategic Plan. Guided by this vision, the SOE has invested significant efforts and resources to improve diversity at all levels over the last five years. Examples of these efforts include:

Through these efforts, we have increased, since 2015, the percentage of women in our engineering undergraduate population from 32% to 44% and among our faculty from 19% to 25%. For the first time in Tufts history, the incoming Class of 2023 engineering undergraduates was more than 50% women. In addition, each year we welcome students who identify outside the gender binary. In 2019, Forbes magazine ranked Tufts #10 on its list of Best STEM Schools for Women. We have also increased the percent of underrepresented minorities* in our undergraduate population from 7% to 20%, and from 5% to 12% in our graduate population. In 2019, Tufts received a Bronze Award from the American Society for Engineering Education (ASEE) Diversity Recognition Program, the highest level of recognition given by the ASEE at this time. Early this year, Tufts was selected by the Howard Hughes Medical Institute to provide a proposal to their inaugural the Driving Change Initiative on Diversity, Equity and Inclusion to further support student success in STEM.

However, we recognize that this progress is only the beginning. Not only are underrepresented minorities still underrepresented in the SOE at all levels, but many systemic barriers still exist that hinder their success in the SOE. Much more needs to be done to build a more just, equitable, inclusive and diverse culture in our school and across Tufts. Therefore, we pledge that within the next two years, the SOE will:

For more information, please review the diversity resources available at Tufts University and the School of Engineering's 2019-2029 Strategic Plan. 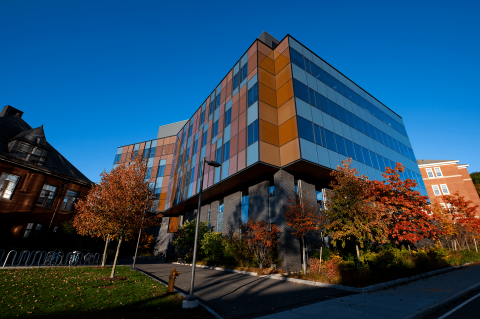 Statements in Support of Racial Justice