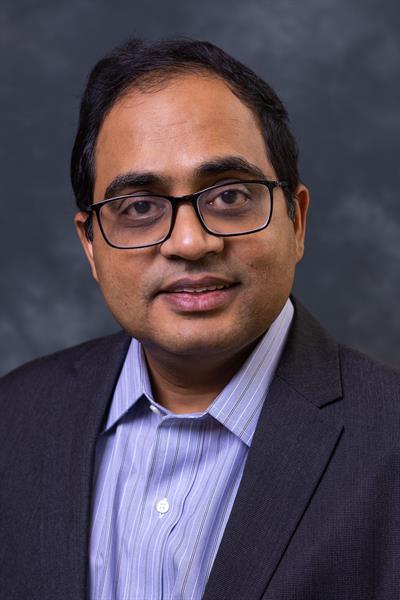 Sameer Sonkusale is currently a Professor of Electrical and Computer Engineering with a joint appointment in the department of Biomedical Engineering and also department of chemical and biological engineering at Tufts University. He directs an interdisciplinary research group Nano Lab with research focus on flexible bioelectronics,. biomedical devices circuits and systems, nanoscale sensors, lab-on-chip micro systems, point of care diagnostics, analog computing and brain-inspired machine learning. Prior to coming to Tufts, he was an Assistant Professor at Texas A&M University from 2002 to 2004. Sonkusale also held the position of visiting associate professor of medicine at Harvard Medical School and Brigham and Women's Hospital for 2011-2012 and also at Wyss Institute at Harvard in 2018-2019.

Dr. Sonkusale received his MS and PhD in Electrical Engineering from the University of Pennsylvania. He has received several awards including the National Science Foundation CAREER award in 2010, National Academy of Engineering US Frontiers of Engineering Fellowship in 2015, the National Academy of Sciences Arab-America Frontiers fellowship in 2014 and 2016, and several best paper awards at international conferences and meetings including the best paper award and highest cited paper award from the journal Microsystems and Nanoengineering (Nature). Dr. Sonkusale has served on the editorial boards of Scientific Reports (Nature), IEEE Transactions on Biomedical Circuits and Systems, IEEE Transactions of Circuits and Systems -1, Journal of Low Power Electronics and applications, and Electronic Letters. He is a past chair of IEEE biomedical and Lifesciences Circuits and Systems committee of the IEEE CAS society. He is a senior member of the IEEE, OSA, MRS, BMES and AAAS.